​Water clarity was measured at seven locations in the Providence and Seekonk Rivers on June 17, 2020. In the three days prior to the survey there was no recorded precipitation, and water clarity decreased compared to the previous survey day. Overall, sites surveyed averaged 1.26 m Secchi depth, compared to 2.0 m on June 10. The lowest clarity (0.90 m) was measured at three sites; Phillipsdale Landing, India Point Park, and Ponham Rocks. While the greatest clarity was measured at Conimicut Point (1.90 m). Overall, a slight gradient of increasing clarity among the sites from north to south was observed. 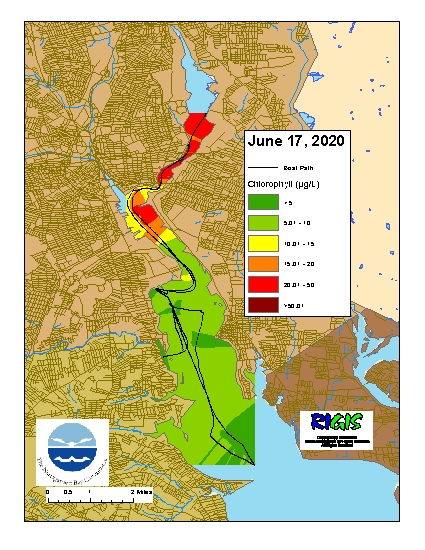 Bullock Reach
The Bullock Reach sondes were deployed for the 2020 season on May 22, however equipment troubleshooting is currently underway, and data are not yet suitable for reporting. Data will be posted as soon as possible following authorization by NBC scientists.
Week of June 7 - 13, 2020

​On Wednesday, June 10th, the crew of the R/V Monitor was out on the upper Bay collecting bacteria samples, taking Secchi Disk water clarity measurements, and conducting real-time surface mapping of water quality parameters, including dissolved oxygen, chlorophyll, water temperature, salinity, and pH, all in an effort to document water quality improvements associated with NBC construction projects.  Jeff captained the boat while monitoring professionals Michael and Fern collected the samples and data.  It was a warm and sunny day with a light variable wind.  The featured photo was taken of the Conimicut Lighthouse. 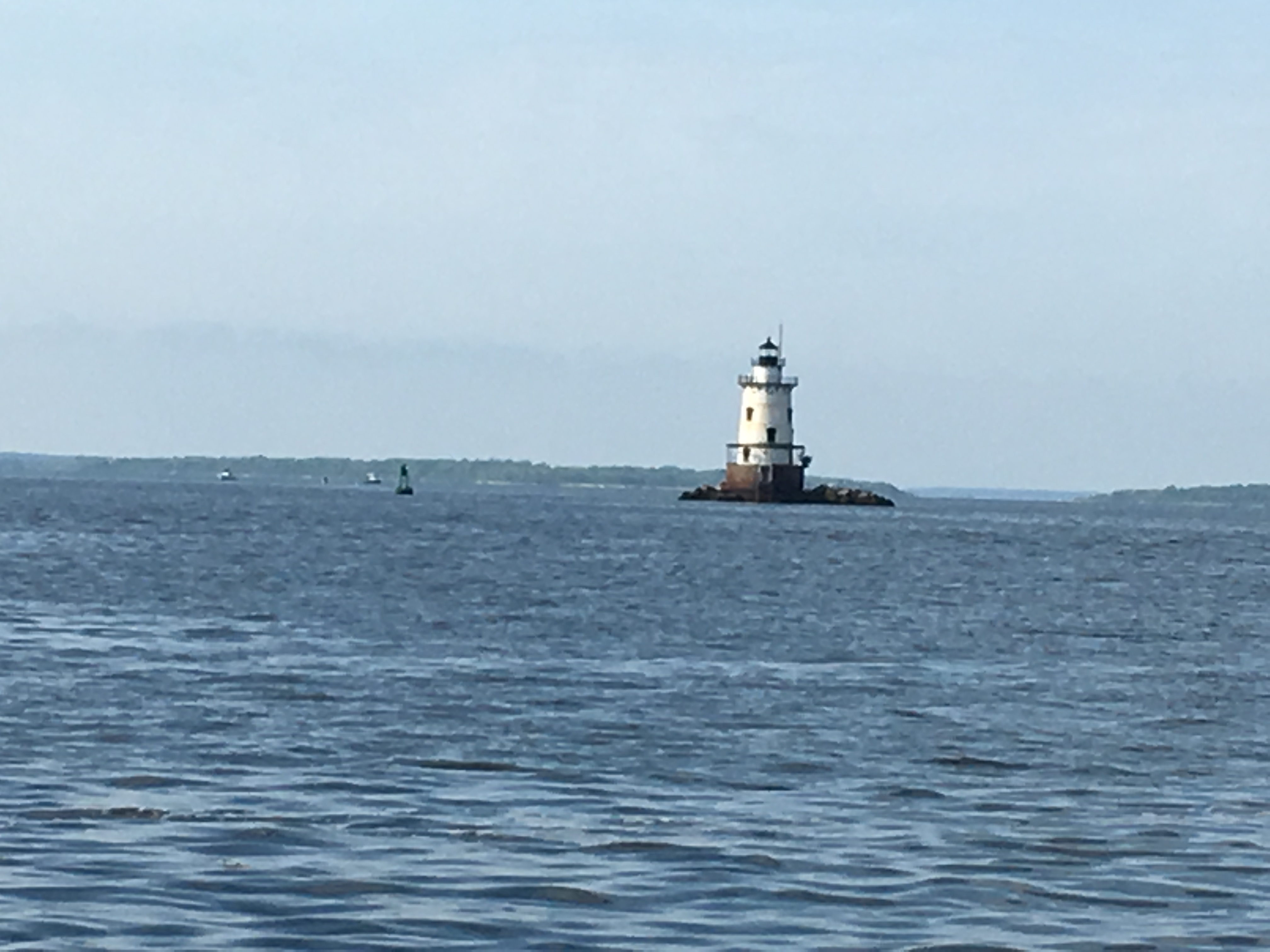