​The crew of the R/V Monitor was out on the upper Bay twice this week. First, on Tuesday, November 17th, the crew dismantled the components from the Bullock's Reach buoy for the season, readying the buoy for removal next week. They also disassembled and removed the temporary buoy located in Pawtuxet Cove for the season. Jeff captained the boat while monitoring professionals Sara, Mike and Daryll worked on the buoys. It was a sunny but brisk day with calm winds and water. On Wednesday, November 18th, the crew returned to the upper Bay collecting nutrients samples, taking Secchi Disk and Par sensor water clarity measurements, conducting waterr column profiles using the Seabird instrument, and conducting real-time surface mapping of water quality parameters, including dissolved oxygen, chlorophyll, water temperature, salinity, and pH, all in an effort to document water quality improvements associated with NBC construction projects. Jeff captained the boat while monitoring professionals Bekki and Mike collected the samples and data. It was a sunny but cold day with 10 to 15 knot winds from the north-northwest. There were 3 foot swells at the Bullock's Reach and Conimicut sampling locations preventing nutrients sample collections. The water was calmer at the northern stations and samples were able to be collected. The featured photo was taken at Pawtuxet Cove. 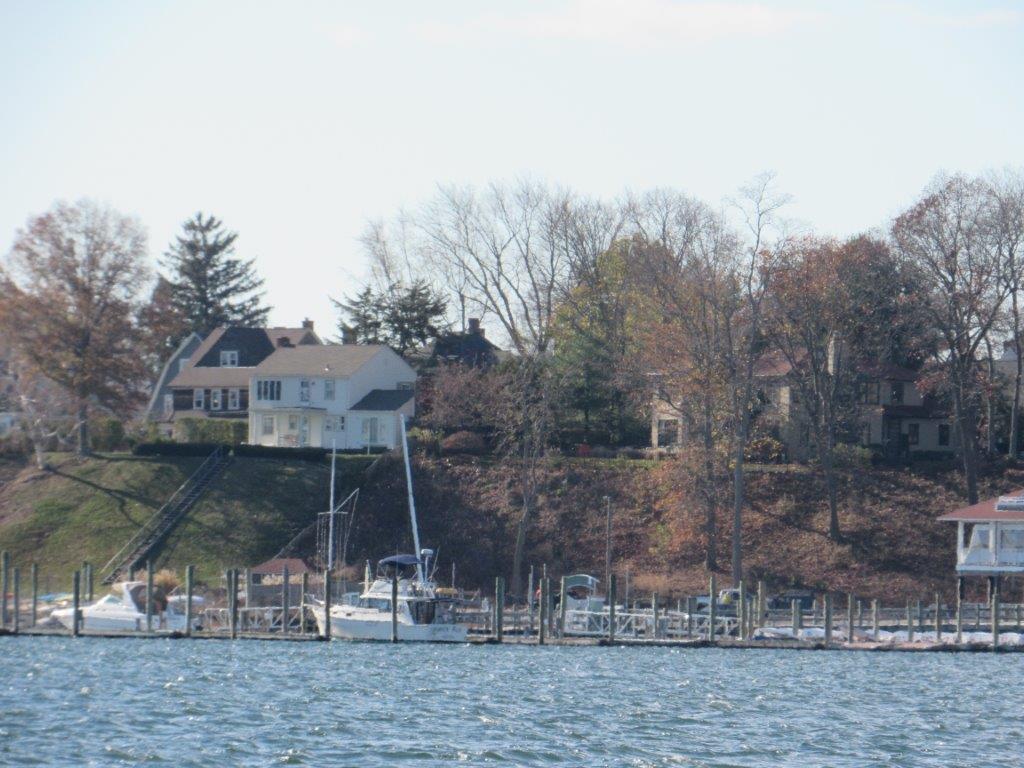 ​Data were collected on November 18, 2020 while the R/V Monitor was underway collecting nutrient samples and performing vertical profiles in the Providence River estuary. The chlorophyll concentrations were good in the areas surveyed. From north to south, average chlorophyll concentrations were as follows: Edgewood Shoals area (1.70 µg/L), Pawtuxet River area (1.70 µg/L), and Lower Providence River area (1.69 µg/L). Overall, chlorophyll ranged between 0.30 and 3.40 µg/L with an overall average of 1.70 µg/L.  The chlorophyll data from this date are presented in the map below: ​Water clarity was measured at six stations in the Providence and Seekonk Rivers on November 4, 2020. Moderate precipitation occurred over the five days prior to the survey, with a total of 1.2 inches (rain and snowmelt) documented at TF Green. Despite the wet weather, water clarity increased by 0.84 m from the previous survey. The greatest increases in clarity occurred at the downstream sites Bullock Reach and Conimicut Point; clarity at these sites increased by approximately 2.17 m since the last survey. Decreases in water clarity were observed at two sites, with the greatest decrease from last week (0.53 m) observed at Edgewood Yacht Club. Secchi depth averaged 3.91 m and ranged from 2.70 m at Edgewood Yacht Club and Pawtuxet Cove to 5.80 m at Conimicut Point. There was no apparent gradient in clarity from north to south this week.​

Nutrient samples were collected at thirteen local and border river stations on October 7, 2020. Samples were also collected in surface and bottom waters of seven Bay stations. Two days prior to sampling, 0.27 inches of precipitation occurred.