This week, hypoxic conditions (dissolved oxygen (DO) concentrations <2.9 mg/L) was not observed at any site. Across all sites, DO ranged from 8.9 mg/L in the bottom waters of India Point Park to 10.3 mg/L at the surface of both Bullock Reach Buoy and Conimicut Point. Please note that due to quality control issue, numerical fluorescence data are not posted at this time. ​ 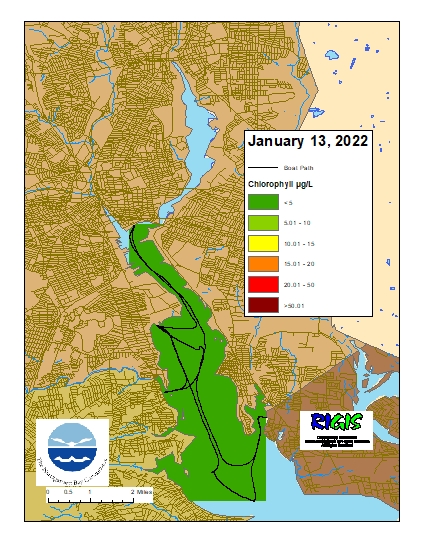 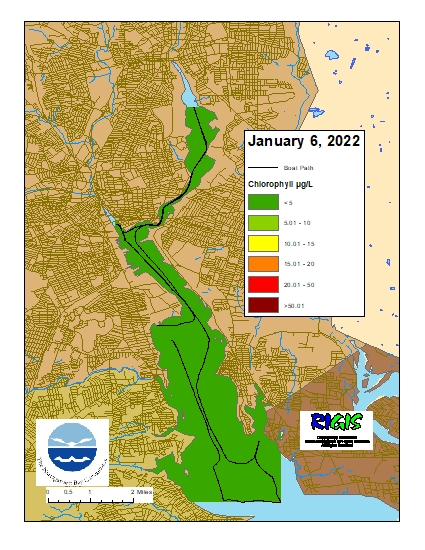 ​On Thursday, January 13th, the crew of the R/V Monitor was out on the upper Bay collecting nutrients samples, taking Secchi Disk and Par sensor water clarity measurements, and conducting real-time surface mapping of water quality parameters, including dissolved oxygen, chlorophyll, water temperature, salinity, and pH, all in an effort to document water quality improvements associated with NBC construction projects. Jeff captained the boat while monitoring professionals Justin, Amanda and Tyler collected the samples and data. It was a partly sunny day with calm and mild conditions. Staff spotted some seals but were unable to photograph them. Today's photo features a cargo ship being pushed by a tug boat on the upper Bay. 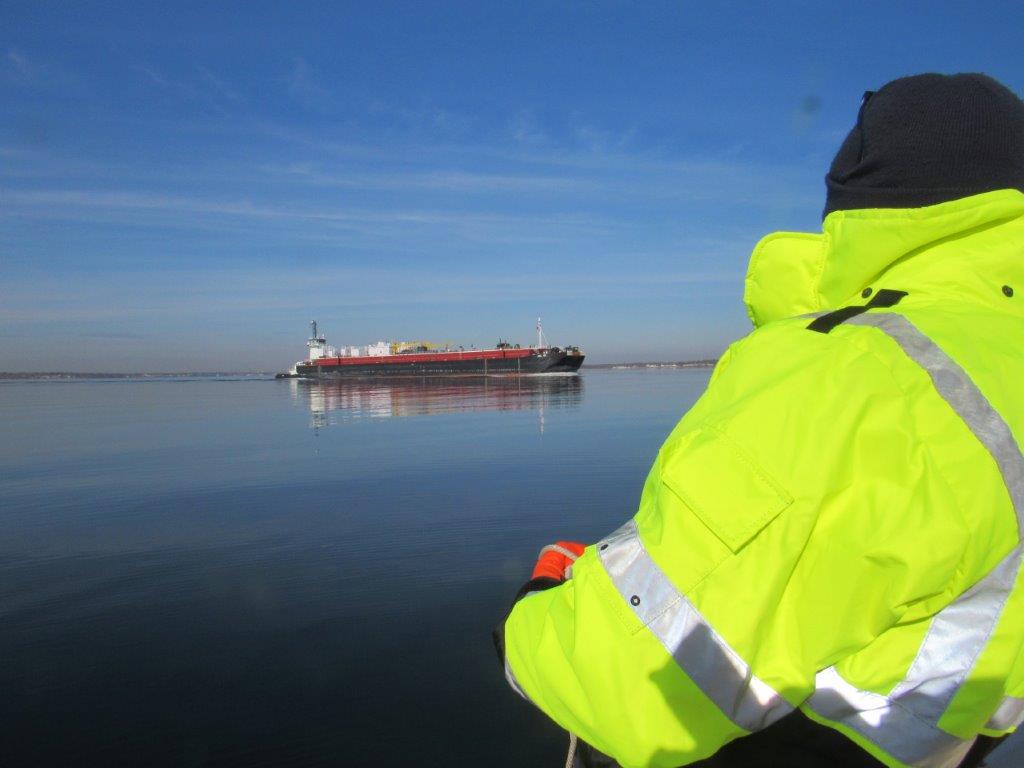 ​On December 22, twenty stations were sampled for fecal coliform bacteria in the Providence and Seekonk Rivers. Five of these stations were also sampled for enterococci bacteria. Precipitation in the five days prior to sampling totaled 0.22 inches at T.F. Green.

Please note: the results of NBC's fecal coliform and enterococci monitoring are for informational/research purposes only and are not to intended to suggest official state compliance with bathing or shellfishing standards.​