​On Wednesday, January 29th, the crew of the R/V Monitor was out on the upper Bay collecting nutrients samples and taking Secchi Disk water clarity measurements. Due to equipment malfunctions and time constraints, real-time surface mapping and water column profiles were not conducted this day.  Sara captained the boat while monitoring professionals Steve and Fern collected the samples and data.  It was a sunny but cold day with a breeze out of the northwest.  The water was very calm.  The Port of Providence with NBC's wind turbines in the background are visible in the featured photo. 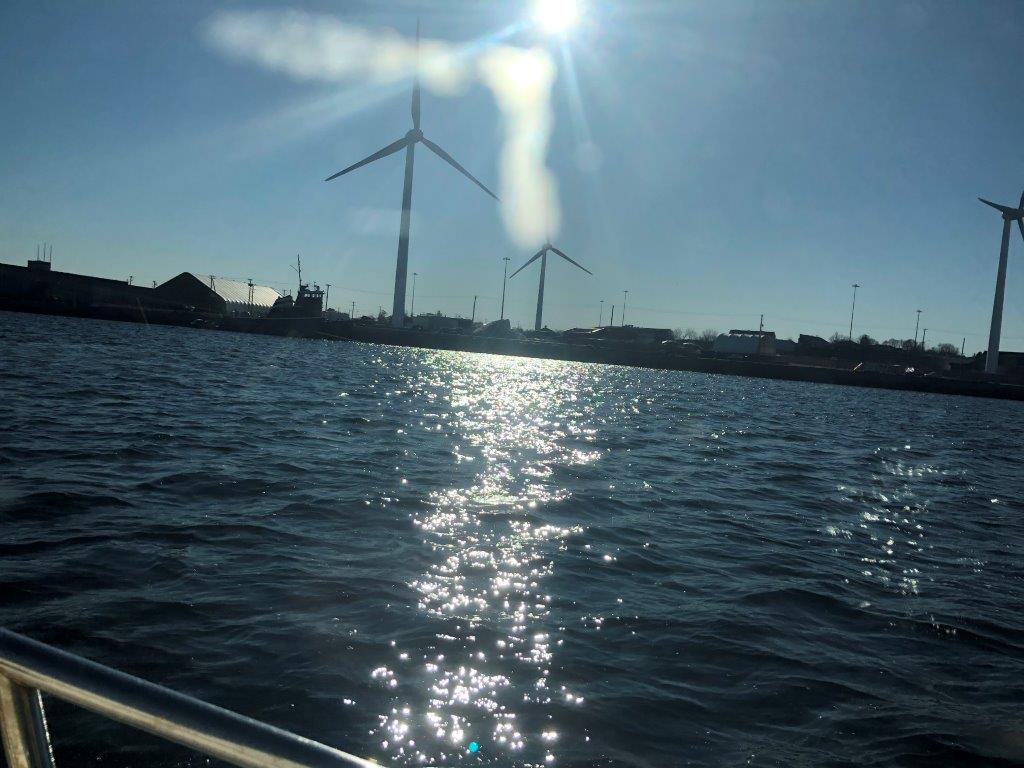 ​Phytoplankton samples were collected on January 15, 2020 at Bullock's Reach and analyzed in the laboratory shortly after collection.  It was a sunny and brisk day with a west-northwest wind, about 8-11 knots, on Narragansett Bay. Sondes data revealed the surface water temperature was 6.23oC, salinity was 24.46 psu, and chlorophyll a was 2.3 ug/L.  The plankton tow net sample was filterable with a 20 micron mesh. The filtrate was a tan color and had a short filter time. The tow net sample was analyzed qualitatively for microorganisms using 100x phase contrast microscopy.  The whole water sample was analyzed quantitatively under 200x phase contrast microscopy. A Hensen Stempel pipette was used to accurately deliver 1ml of sample to a Sedge-wick Rafter chamber. This analysis revealed a total of 190,000 cells per Liter.  The most predominant phytoplankton was Skeletonema spp.at 130,000 cells/L. The flagellates were found at 16,000 cells/L.  Representative genera include Leptocylindrus spp., Gonyaulax spp., and Chaetoceros spp. 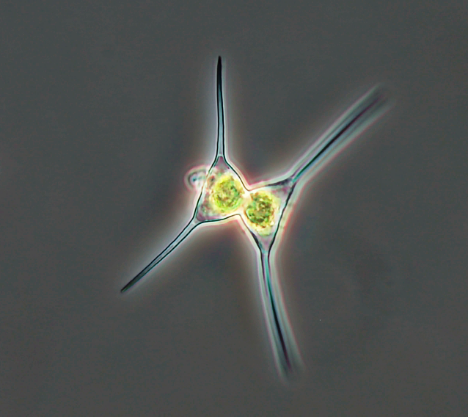 Results from sampling on January 2 and 15 are pending analysis. The next scheduled date of sampling is January 29, 2020. 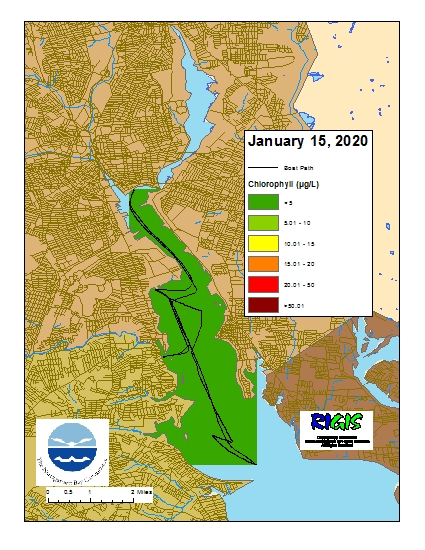